Hello all GB1900 volunteers.
Welcome to the seventh GB1900 newsletter.
The latest version of the dot map is now available here:
http://geo.nls.uk/maps/gb1900/#layer=1
We feel we are now on the home straight, and to some extent we are looking forward to when the GB1900 system closes down and we start the work to create a final version of the data, working through what now looks like a manageable number of problem cases — for example, where there are already three transcriptions, all different.
However, we need to emphasise that once the system closes down it will not be possible to add any new pins, so it is really important we find every last text string before then. We know it is getting steadily harder to find them, which is why our new “finisher’s league table” allocates the same number of points/“doubloons” each week.
This is the latest list: 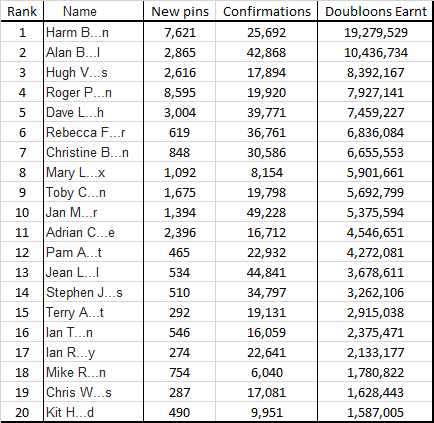 This is the listing of how many transcriptions have been done in recent weeks, though NB the numbers of new pins are for pins that were created in that week and which have since been confirmed, so it is misleadingly low for the most recent weeks:

THE PLACE NAMES OF WALES, FROM GB1900
Last newsletter we included a map of footpaths, and we have various other maps which show the distribution of various standard labels. However, the project is at least as much about the actual names which make places unique, so this time we will share a map of welsh place names, based mainly on the work of the original Cymru1900 volunteers working in 2013-14.
David Parsons of the University of Aberystwyth, who is researching Welsh place names, comments that both “Hafod” and “lluest” refer to summer pastures whilst “pentre(f)” in modern standard Welsh generally means a village, although in some areas it is known to refer to substantial farms and perhaps this meaning was more prevalent across Wales at an earlier date. The map shows that “pentre” appears mainly in lowland areas while both “Hafod” and “lluest” appear mainly in uplands, but the particular concentration of “lluest” in central Wales requires further investigation." 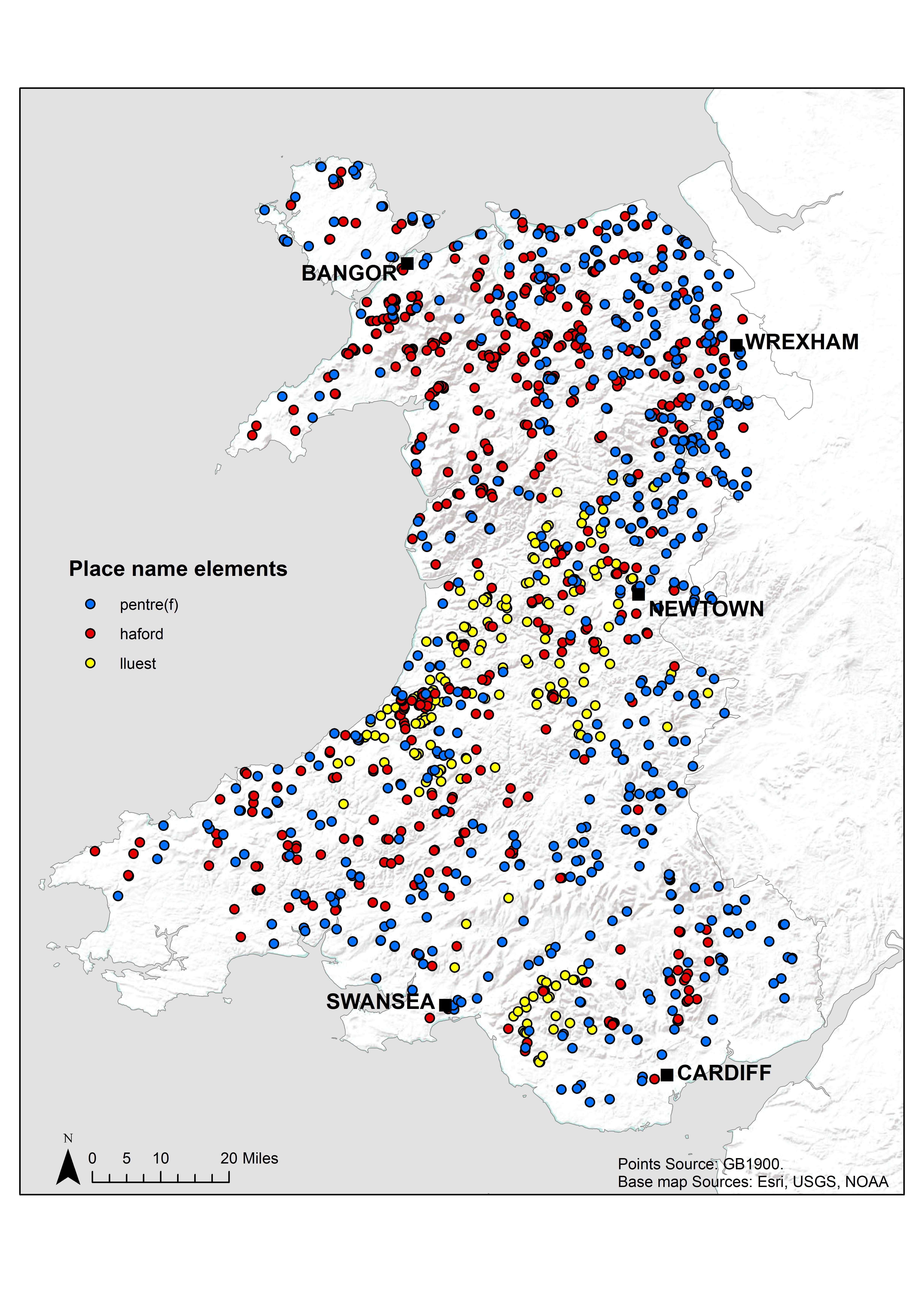 Our continued thanks for all your efforts to help us finish the transcription phase.
With regards,